The gathering began with a general hullabaloo involving pots, pans, dancing, tongue waggling, and general silliness. At midnight, and just before the High Commander collapsed from exhaustion, the meeting was brought to order. Those present included 13 monsters, one queen, two knights, one fuzzy dragon, two passersby that happened to be carrying pots, and one High Commander, who claims to have not been dancing like a funky chicken.

The previous minutes were then read. As were the hours, seconds and days. All were approved, except one day that was not approved. And the hour that preceded it, which was not approved either.

The floor was then opened for new business. Thankfully the meeting was outside and the floor, being dirt, was easy to open.

Squiggly lamented the fact that the hullabaloo had ended much too soon. Squibs seconded the motion. A vote was taken and a majority of those present agreed to lament the length of the hullabaloo. A moment of silence was observed.

Squiggly then lamented how the floor was open but the sky was dark and seemed entirely closed. Squibs seconded the motion. The High Commander objected to the motion but was overruled on the grounds he danced like a chicken. The motion passed and another moment of silence quickly followed, perhaps because no one knew what else to do.

The High Commander then asked if there was any real business to be conducted.

The High Commander checked his watch and concluded it was time for the meeting to be adjourned. Squibs seconded the motion with the addition of a clause stating the hullabaloo should immediately re-commence. All present agreed.

The meeting adjourned with the re-commencement of the hullabaloo. Much banging of pots and pans ensued along with dancing, tongue waggling and general silliness. At no time did the High Commander dance like a chicken. Or so he claims.

This ends the minutes for the 4/1/14 FOM General Meeting. The High Commander would like to point out for the record he could not possibly duplicate the intricate motions of a dancing chicken. And anyway chickens are far more noble creatures then generally acknowledged. And really quite excellent dancers. And handsome. Very, very handsome. 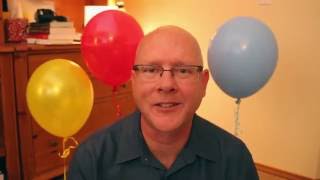 How Do You Get A Picture Book Published?